A recipe for delicious and unique nachos featuring shrimp seasoned with paprika and spices, honey, lime cumin sour cream and a quick recipe for “trashy guacamole”.

An incredibly quick recipe that takes only 9 ingredients plus spices and only 5-10 minutes of active prep time. With no need for ingredient prep unless you shred your own cheese and buy shelled shrimp, there’s almost no active time needed at all.

A New Kind of Nacho Recipe

I never used to think I liked nachos that much. I never disliked them, but they were just always kind of underwhelming and I’d rather get a burrito bowl or a taco if I was out. I think a lot of that is I don’t love Americanized Mexican food that uses ground beef as a protein.

In about probably 2014 I went out to dinner with some friends at a local Canadian style Mexican restaurant called Mexicali Rosas. I was trying to cut back on meat at the time and ended up seeing a Honey Avocado Shrimp Quesadilla and was intrigued.

I’m not kidding when I say I daydreamed about this for weeks after trying it. That quesadilla became my hands down go to every time we went to Mexi’s.

After spending a lot of time drinking there and spending money on Honey Shrimp Quesadillas, I decided I was going to have to make it at home. The homemade quesadilla wasn’t nearly as good and gave up for awhile.

One day I had a lot of tortilla chips that were going to go stale and we’d eaten shrimp the night before. This is how Honey Shrimp Nachos were born.

So What’s on Honey Shrimp Nachos?

The answer to this has changed overtime. My first attempt was shrimp, honey, white onion, corn, tomato and topped with salsa, guacamole and sour cream. The honey is both put on pre and post baking.

I’ve also had this shrimp dish with Costco bruschetta instead of tomatoes, with green onions instead of white and topped with cilantro.

The current (and winning) combination is:

How to Serve These Nachos?

You genuinely can serve these however you want. If you want additional customization you can serve with salsa and regular sour cream.

For baking, any oven safe dish will work but I recommend mini Cast Iron Pans. They are by no means necessary but they’re super cute and you can argue as much as you want but pretty food always tastes better.

I’ve talked about them before, but my Lodge 6 1/2 inch cast irons are perfect for these. They can be found on Amazon or most home and kitchen stores. They’re not cheap but they’re still reasonably priced and I’ve gotten way more use out of them than I initially expected. 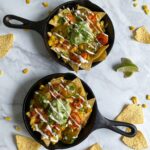 Subscribe to our newsletter here to get weekly exclusive recipes sent to your email!

Author: Maritime Glutton
Filed Under: American, Appetizers and Snacks, Mains
The Best Cold Brew Coffee Recipe (Save Up to $5000 a year)!
5 Ingredient Microwave Mac and Cheese 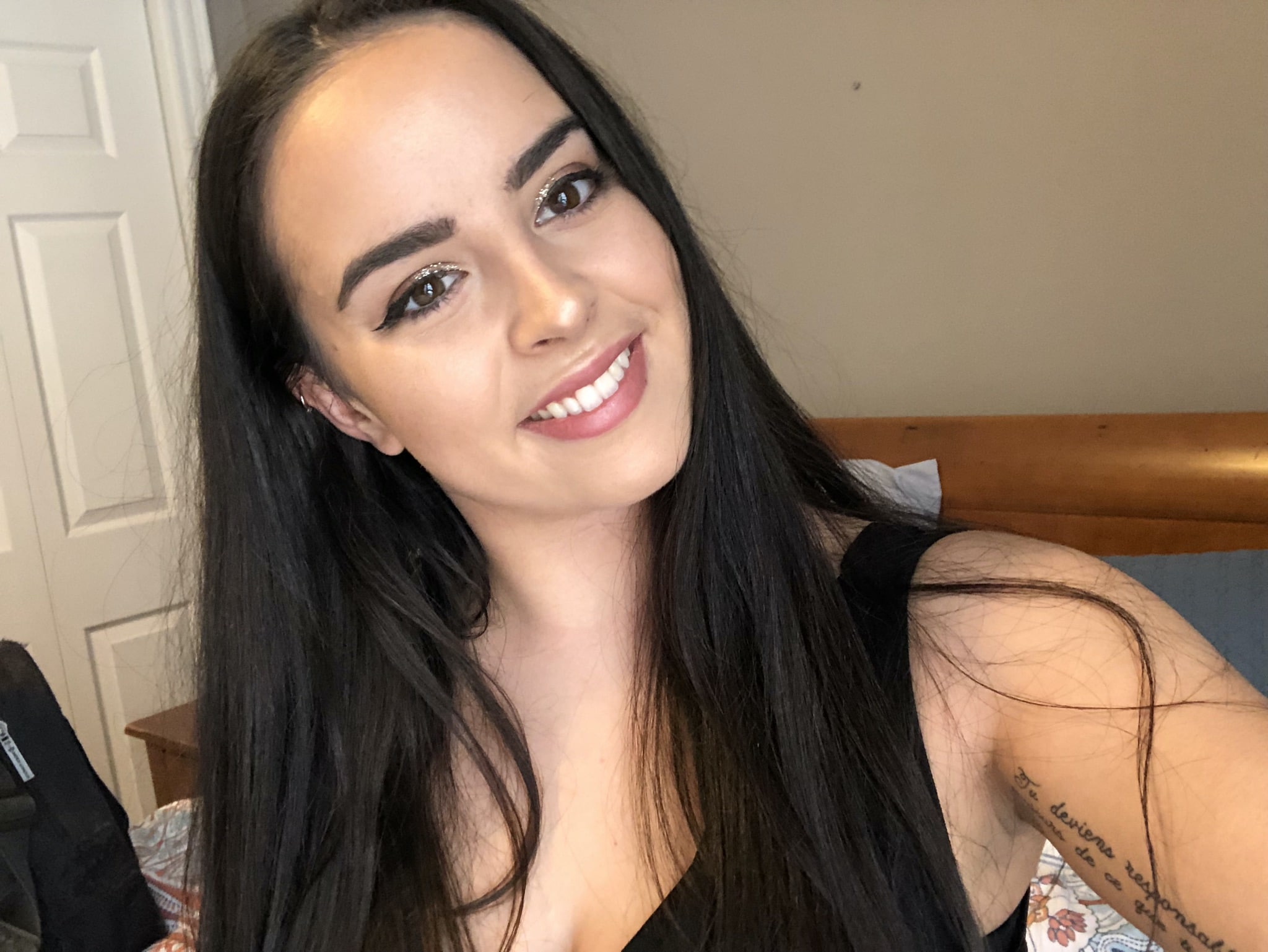 My name is Lauren and I'm the face behind Maritime Glutton. All my recipes focus on ways to reduce waste, save money and still deliver exceptional taste.

I love pasta, gin and cheese.